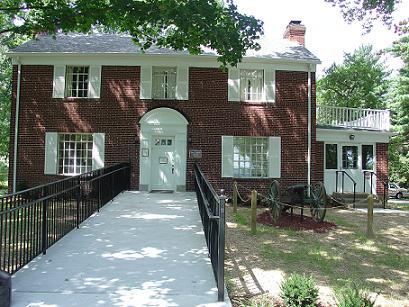 By Patrick Moynahan
Special to the NKyTribune

If you happen upon a long trench or a U-shaped mound atop a hillside in Northern Kentucky, you may have stumbled upon hallowed historical ground, according to Jeannine Kreinbrink.

“They eventually built 28 stations,” said Kreinbrink, president of the board of the James A. Ramage Civil War Museum in Fort Wright. The museum sits on the site of one the more elaborate batteries.The Union army built an eight-mile arc of defensive fortifications across Northern Kentucky in September 1862 to block Confederate troops marching toward Cincinnati. The fortification line included a series of cannon batteries and rifle trenches.

The museum, named after a Northern Kentucky University history professor, occupies a house built on the site in 1941. The Hooper battery was discovered beneath the front yard. Kreinbrink, senior archeologist for K &V Cultural Resources Management, has led excavations that have uncovered more than 1,200 items over the past 11 years. 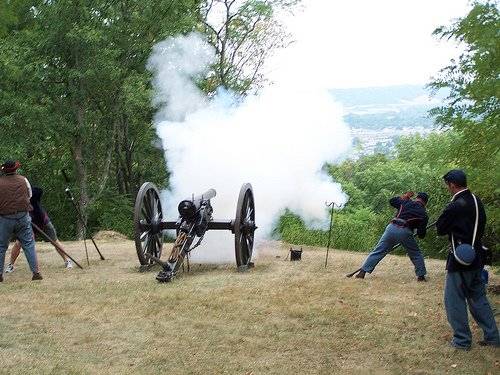 “Engineers came here in 1861 to try to figure out how to protect Cincinnati, which was the sixth biggest city in the country,” Kreinbrink said. They initially built eight cannon batteries, U-shaped earthern works about six feet high.

“The goal was to have a battery overlooking every road in Boone, Kenton and Campbell County,” she said.

When the Confederate army launched a major offensive northward across Kentucky in the summer of 1862, the U.S. government sent Gen. Lew Wallace and engineers to Northern Kentucky to finish the job and organize a defense.

As a result, some 70,000 Union soldiers and citizens lay in wait when the Confederates camped near the site of what is now Barleycorn’s Restaurant in Ft. Mitchell. After three days of only minor skirmishes, the Confederates retreated.

“They knew they were badly outnumbered,” Kreinbrink said. “They ended up at the Battle of Perryville.”

The Battle of Perryville in October 1862 in central Kentucky is regarded as one of the bloodiest battles of the Civil War with more than 7,500 casualties.

Had it not been for the line of fortifications in Northern Kentucky, “Perryville could have happened here,” Kreinbrink said.