Purchase and placement of interpretive marker for Burnet House. 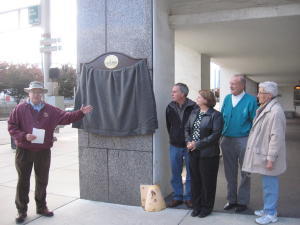 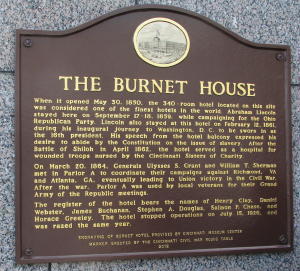 Sign was mounted on parking garage at corner of Third and Vine in downtown Cincinnati where Burnet House originally stood. Dedication of the marker took place on Saturday, 20 October 2012.

The text of the marker reads:

When it opened May 30, 1850, the 340-room hotel located on this site
was considered one of the finest hotels in the world. Abraham Lincoln
stayed here on September 17-18, 1859, while campaigning for the Ohio
Republican Party. Lincoln also stayed at this hotel on February 12, 1861,
during his inaugural journey to Washington, D.C. to be sworn in as
the 16th president. His speech from the hotel balcony expressed his
desire to abide by the Constitution on the issue of slavery. After the
Battle of Shiloh in April 1862, the hotel served as a hospital for
wounded troops nursed by the Cincinnati Sisters of Charity.

On March 20, 1864, Generals Ulysses S. Grant and William T. Sherman
met in Parlor A to coordinate their campaigns against Richmond, VA
and Atlanta, GA, eventually leading to Union victory in the Civil War.
After the war, Parlor A was used by local veterans for the Grand
Army of the Republic meetings.

The register of the hotel bears the names of Henry Clay, Daniel
Webster, James Buchanan, Stephen A. Douglas, Salmon P. Chase, and
Horace Greeley. The hotel stopped operations on July 15, 1926, and
was razed the same year. 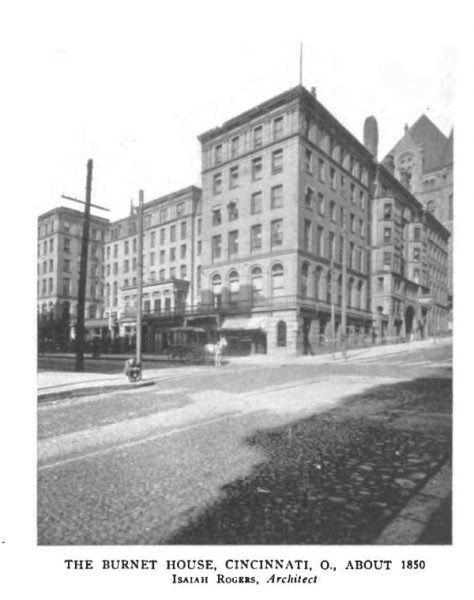