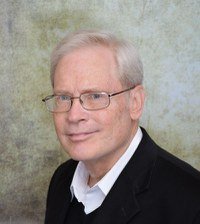 After Program Chair Dan Bauer led a tepid Penn State “shout out,” he introduced William A. Blair, Ph.D., a professor of history at Penn State University, founding editor of The Journal of the Civil War Era, and author of several well-regarded Civil War books.

Dr. Blair described how both the federal government and private citizens often deprived those considered “disloyal” of civil liberties enshrined in the U.S. Constitution. He described how soldiers, on their own initiative or with the Administration’s concurrence, committed acts which would make us cringe but which were justified as necessary to win the Civil War. Dr. Blair recounted illustrative episodes affecting courtrooms, newspaper offices, churches, and election sites.

All in all, there were about 13,000 (maybe as many as 20,000) “political arrests” in the North during the war. For example, in May 1862, the Easton, MD, courtroom of Judge Carmichael was invaded by four U.S. marshals and four soldiers. Acting under orders of Secretary of State Seward and local military authority, they aimed to “send a strong message” to anyone who had the temerity, like the judge, to speak out against arrests of those who criticized the Union army. Judge Carmichael was pistol-whipped and dragged off bleeding to jail, where he was held for six months without a hearing. As Dr. Blair concluded, “hard measures” were needed to win the war on the home front. Freedom of the press was undermined. Union authorities may have arrested as many as 300 newspaper editors for publishing unpopular opinions. Often, pro-Union editors cheered such arrests. And in many places, the “dirty business of policing disloyalty” was done by citizen uprisings before the government took action.

Dr. Blair cited as an example an Iowa incident when convalescing Union troops demolished several printing presses at a “disloyal” paper. Nor were churchmen safe. Bishops replaced insufficiently patriotic pastors before they could “poison” their flocks. “Suspect” clergy were monitored by their congregations. Dr. Blain described how Illinois soldiers entered an Alexandria, VA, church and demanded that the minister say a “prayer for the President.” When he ignored them, he was dragged from his church to the local jail. After the area’s commanding general ordered the minister’s release, residents showed their displeasure by nailing a Union flag over his office door. Finally, Union troops often interfered in elections, particularly after “all gloves were off” during the 1864 presidential election. In some cases, there was violence; in others, mere intimidation. Reversing prior practices, Union troops (deemed pro-Lincoln) were encouraged and helped to vote, given furlough if necessary, allowed to use absentee ballots, etc. Peace Democrat officers were cashiered. ©2016 The Cincinnati Civil War Round Table 7

Dr. Blair concluded that in a “messy” situation, there were “no rules.” President Lincoln and other Union supporters simply did what they thought necessary, even if they “overstepped some boundaries.”