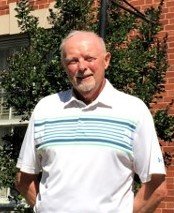 The presentation is based on the research done for writing his 2018 book, TO MY BEST GIRL – Courage, Honor and Love in the Civil War: The Inspiring Life Stories of Rufus Dawes and Mary Gates. The life of Rufus Dawes was much more than his battlefield heroics, exceptional as they were. His remarkable experiences involved family and friends, their lives on the home front and on battlefields elsewhere. The wartime courtship between Rufus and Mary Gates is the central theme because it was the central focus of his life. It became obvious from reading Rufus and Mary’s prolific correspondence that their relationship was the rock that allowed him to mentally withstand the incredible stress and tragedies he experienced.

Indiana native Steve Magnusen holds a Bachelor of Science in Civil Engineering and ROTC commission from Purdue University. He held engineering and public works administration posts for two north suburban Chicago communities over a thirty-five-year career, being selected as a Top Ten Public Works Leader of the Year in 1997 by the American Public Works Association.  Concurrently, Steve served in the US Army Reserve as an infantry and armor officer, leaving service with the rank of major.

Steve is a member of the Indianapolis and Hamilton County, Indiana Civil War Roundtables. His particular interest in the Iron Brigade led him to research the inspiring life of Rufus R. Dawes, the dauntless commander of the Sixth Wisconsin Volunteer infantry regiment.  In 2018 he authored To My Best Girl, which relates the remarkable story of young Ohioans Rufus Dawes and his wartime bride, Mary Beman Gates.

Steve and his wife Margaret currently reside in Indianapolis.