Scott Schroeder, Monroe County CWRT: The Find of the War: Lee’s Lost Order, the 27th Indiana, and the Road to Antietam 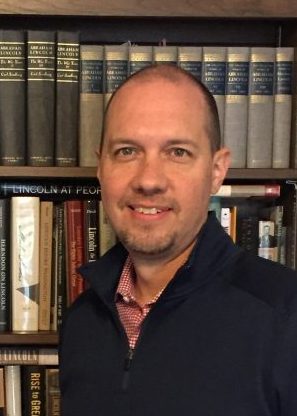 In September 1862, General Robert E. Lee made the decision to invade Maryland. He had a bold plan that included orders to split his army. A copy of those orders, fortuitously for Union forces, came into the possession of a member of the 27th Indiana Volunteer Infantry near Frederick, MD. The orders were passed up the Federal chain of command to General George B. McClellan. McClellan subsequently altered the movements of the Army of the Potomac.  What followed was an inevitable clash with General Lee and the Army of Northern Virginia in what came to be known as the Battle of Antietam. It was the single bloodiest day in American history. This lecture discusses the people and places associated with the lost order as well as explores the questions: “Who lost the order – or was it lost?”, “Who found the order?”, and “What were the cascade of events that occurred as a result of the lost order being found?” among others.

Scott Schroeder is an independent historian and researcher as well as a professional Physical Therapist and Certified Athletic Trainer. Scott is currently practicing in southern Indiana. He is a lover of all eras of American history, with the American Civil war and Abraham Lincoln being his major interest. He has spoken on several subjects related to the Civil War at a variety of venues across multiple states.

He is currently working on several writing and media projects related to the Civil War era. Among other organizations, he is a member of the Society of Civil War Historians, The Abraham Lincoln Association, and the Lincoln Forum. He currently serves as the President and Program Coordinator for the Monroe County Civil War Roundtable, located in Bloomington, Indiana.