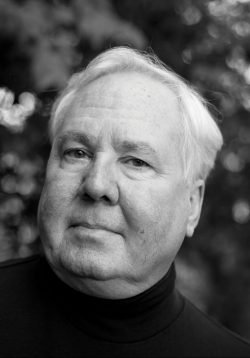 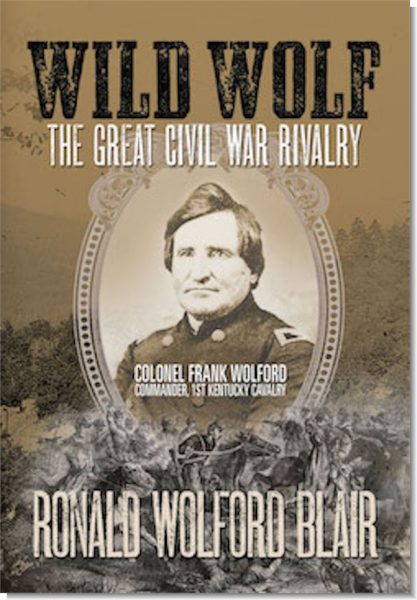 Union Col. Frank Wolford was a celebrated Civil War cavalier and rival of Confederate raider John Hunt Morgan. Wolford, who formed the 1st Ky Cavalry, took part in more than 300 battles and skirmishes, during which he was wounded seven times. In addition to detailing Wolford’s military exploits, Blair will detail Wolford’s political career including his staunch opposition with President Abraham Lincoln over the use of black soldiers in the Union forces. Ronald Blair is Frank Wolford’s great-great-nephew.

Both commanding cavalry, Wolford and Morgan make up the “great rivalry” alluded to in the title of Blair’s book. Throughout the first half of the war, Wolford and Morgan clashed against each other in skirmishes that don’t usually find a place in the standard history book. About half of the book details Wolford’s fight against Morgan and the other skirmishes Wolford’s Kentuckians find themselves in. The rest of Blair’s book is equally useful in that it details when Wolford went up against another great rival, this one far more surprising, his own president, Abraham Lincoln.

Wolford openly argued against Lincoln’s calls for abolishing slavery and the creation of United States Colored Troops. Delivering vehemently anti-Lincoln speeches, Wolford found himself arrested for speaking against his commander-in-chief while in the uniform of a United States Army officer. Repeatedly offered a pardon if he agreed to rescind his remarks, Wolford steadfastly refused. Thus, while his troopers went to fight in later campaigns, Wolford was forced to watch from the sidelines, trading legal barbs with Lincoln in a series of letters. Blair reprints some of these letters back and forth as appendices, and they are well worth reading. Ronald Wolford Blair grew up in the Cincinnati neighborhoods of Norwood and Clifton.  He is graduate of Xavier University. Ronald has authored stories for several publications such as the Cincinnati Enquirer and the Lexington Herald. Ronald is an avid fly fisherman and is a member of the Bluegrass Chapter of Trout Unlimited, which promotes clean water and streams. A member of the Civil War Trust for the preservation of Civil War Battlefields, he s also a member of several Civil War roundtable organizations, the Kentucky Historical Society, Friends of Henry Clay, and a member of the Morgan s Men Association and other organizations. Ronald and Kathleen currently reside in the bluegrass, horse country of Lexington, Kentucky.