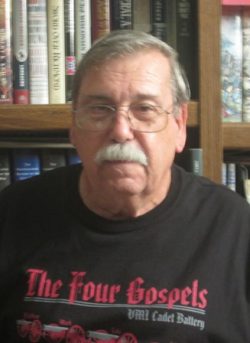 The Oct. 2016 speaker, Richard Swigert, brought to the CCWRT the story of the CSS Shenandoah.  The Shenandoah began life as the Sea King, a cargo ship built in England in 1863.  Its main purpose was to transport tea between the China and the UK.  One year after its launch, the Sea King was secretly bought by the CSA.  The Confederacy wanted to convert the ship into a commerce raider to replace the Alabama which had been lost.  The hitch in their plan was that the United States government declared the south could not build/buy a ship of war.  The solution was to buy another ship, The Laurel, to be used as a tender vessel so that the conversion could take place at sea.  The Laurel was stocked with all the officers and the nucleus of the commerce raider’s crew, together with naval guns, ammunition, and ship’s stores needed to convert the Shenandoah to a ship of war.  The two ships secretly rendezvoused at sea and there the conversion took place.

THE COMMERCE RAIDER WAS BORN

Very early in the life of the Shenandoah, she required serious repair and was dry docked at Melbourne, Australia. The time spent there was fraught with problems and work started and stopped several times due to the fact that the Crown did not want a ship in their facility that could be engaged in the war with the American Government. It should be understood that England tried to cozy up to both sides during the Civil War, so as not to disturb valuable trade agreements.

When the Shenandoah finally got to work, it was not able to find US ships to victimize. Word had gotten around and Federal ships were giving her a wide birth so as not to fall prey to this mighty vessel. It would seem that whaling vessels were the main target of the Shenandoah.

Some high points in the short life of the Shenandoah.  She operated for several months after the Civil War ended.  The Shenandoah was the only ship to fly the Confederate Flag and circumnavigate  the globe.  The last shot of the Civil War was fired by this ship.

It is now 1865 and the the war was over, short of coal and drinking water, items which  were also used as ballast, the ship unstable and mutiny a distinct possibility, she had to find a port. The answer: Liverpool, England. Here the ship was was surrendered to the authorities and the crew paroled.

In 1866 the US government took possession of the Shenandoah . In 1879 she hit an uncharted reef and was lost.

The CSS Shenandoah was one of the South’s most successful commerce raiders—with a total of 38 captures. However, most of these captures (24) took place after the military operations in America had come to a close. The last were almost two months after the armies had fired their last shots and the Confederacy was no more.

Richard Swigert is a 1965 graduate of Lakota High School and of the Ohio College of Applied Science (now part of UC) in 1967.  He is married with two grown sons and two grandchildren. He has had a strong interest in the Civil War since junior high school, joining the Hamilton CWRT in 1968 and the Cincinnati CWRT in the mid 1980’s.  He serves as the current president of the Hamilton Round Table. Richard has given a number of talks over the years in Hamilton and twice before in Cincinnati.