Greg Biggs, Clarksville, TN: The Question Was One Of Supplies – The Logistics For William T. Sherman’s Atlanta Campaign 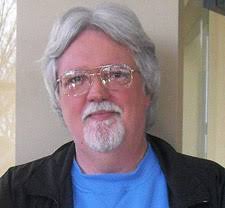 Greg Biggs has been a student of military history from the Spartans through modern times for over 45 years. His Civil War articles have been published in Blue & Gray magazine, Civil War Regiments journal, North-South Trader, Citizen’s Companion and local publications. He also has an essay in the recent book on the Tullahoma Campaign and is working on first person accounts of that campaign as well as a unit history of the 83rd Illinois Infantry.

Greg is a Civil War flags historian and has consulted with a number of museums and authors and has presented flags programs to the Museum of the Confederacy and the National Civil War Museum among others. He has assisted the Civil War Trust in securing flags for their web site.  Greg has lectured across the country on Civil War topics primarily on flags and the Western Theater as well as the Revolutionary War.

Greg leads tours of the Fort Donelson Campaign, the Tullahoma Campaign, the Atlanta Campaign and Where The River Campaigns Began: Cairo, IL to Columbus/Belmont, KY for Civil War groups, individuals and U.S. Army Staff Rides. He is the president of the Clarksville Civil War Roundtable and an officer of the Nashville CWRT. He lives in Clarksville, Tennessee with his wife Karel, a 7th Grade science teacher, and their four cats named for Confederate cavalrymen.