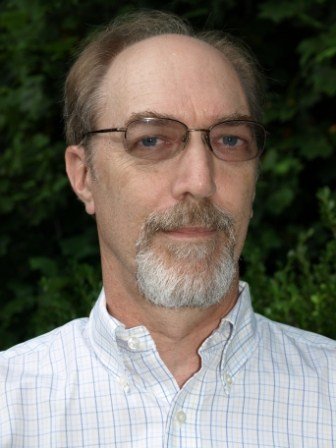 At our October meeting, Michael W. Panhorst presented “Lest We Forget: Memorial Art & Architecture of Civil War Battlefield Monuments.” It was an illustrated “brisk hike through 150 years of history and a half dozen battlefields.” Mr. Panhorst, from Auburn, Alabama, is an historian of art and architecture, curator, teacher, and historic preservationist. He has lectured widely and has published his photographs in numerous magazines.

The earliest Civil War battlefield monuments were funerary, sponsored by soldiers to mark the sites where honored companions died in battle. The first such work was the Barton Monument at Manassas in 1861. Later monuments were erected to commemorate the service of units who fought at specific locations or the occurrence of important events. Mr. Panhorst identified the Vicksburg Surrender Interview Site Monument as the first non-funerary monument. He then used photos of similar monuments to show how their patronage, design, production techniques, iconography, and message content affect what we see today. Some monuments develop more general themes. Thus, the sculptures of Victory, War, History, Peace, and Plenty on Gettysburg’s Soldiers National Monument (begun in 1865) provides easy-to-read symbols, and Antietam’s tall monolith of a soldier standing at parade rest shows early recognition that the real hero of the War for the North was the common man doing his patriotic duty.

The creation of battlefield art intensified around 1888, as numerous monuments were placed in five National Military Parks at Antietam, Chickamauga/Chattanooga, Gettysburg, Shiloh, and Vicksburg. Mr. Panhorst provided two Gettysburg examples: the General Warren Monument (1888) at the very spot on Little Round Top so critical in the second day’s fighting, and the First Minnesota Monument (1897) depicting a crucial bayonet charge to close a breach in the Union position. A common theme emerging in that era, and continuing up to the 1930s, was national reconciliation, as seen Michael Panhorst in the 1888 “Peace and Unity” relief at Vicksburg; the 1913 New York State Peace Monument at Lookout Mountain; and the Eternal Light Peace Memorial at Gettysburg in 1938. In the 1880s, Northern state associations began erecting monuments to mark sites where their soldiers engaged in battle. Some such state memorials became quite elaborate after 1900. Southern states did likewise a little later. Mr. Panhorst cited the Confederate Monument at Shiloh (1917), a Beaux Arts design telling the entire story of that battle; the many Southern monuments erected at Vicksburg in the 1960s and at Gettysburg in the 1970s; and the Missouri Monument at Vicksburg, an elaborate celebration of reconciliation located where Missouri volunteers on both sides fought each other.