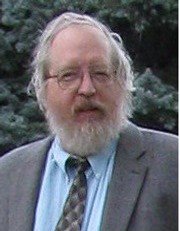 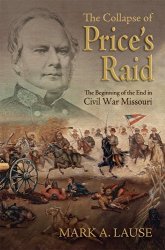 As the Civil War was drawing to a close, former Missouri governor Sterling Price led his army on one last desperate campaign to retake his home state for the Confederacy, part of a broader effort to tilt the upcoming 1864 Union elections against Abraham Lincoln and the Republicans. In The Collapse of Price’s Raid: The Beginning of the End in Civil War Missouri , Mark A. Lause examines the complex political and social context of what became known as “Price’s Raid,” the final significant Southern operation west of the Mississippi River.

The success of the Confederates would be measured by how long they could avoid returning south to spend a hungry winter among the picked-over fields of southwestern Arkansas and northeastern Texas. As Price moved from Pilot Knob to Boonville, the Raid brutalized and alienated the people it supposedly wished to liberate. With Union cavalry pushing out of Jefferson City, the Confederates took Boonville, Glasgow, and Sedalia in their stride, and fostered a wave of attacks across northern Missouri by guerrillas and organizations of new recruits. With the Missouri River to their north and the ravaged farmlands to their south, Price’s men continued west.
At Lexington, Confederates began encountering a second Federal army newly raised in Kansas under General Samuel R. Curtis. A running battle from the Little Blue through Independence to the Big Blue marked the first of three days of battle in the area of Kansas City, as the two Federal armies squeezed the Confederate forces between them. Despite a self-congratulatory victory, Union forces failed to capture the very vulnerable army of Price, which escaped down the Kansas line.
Professor Mark Lause grew up in the small blue collar community of Washington, MO.  Graduating from the University of Missouri-St. Louis, he took advanced degrees at Chicago’s Roosevelt University and the University of Illinois. His academic interests centered on the history of class and social movements in the United States. After teaching at various institutions, he is currently a full professor of history at the University of Cincinnati. Mr. Lause has done extensive work in nineteenth century labor and social history, including numerous articles in academic journals and reference material.  Lause’s writings have sought new ways of examining and understanding the sectional crisis and the Civil War “from the bottom up.”
+ Google Calendar+ iCal Export