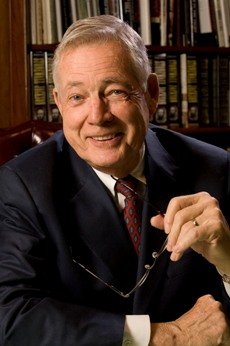 A hard look at the element itself–water for life, water as an agent of infection, water in military planning, etc.  The “etc.” is why water can be considered “the forgotten element.”

This Danville, Va., native is the author or editor of more than 20 books that include such award-winning studies as Civil War! America Becomes One Nation, General A.P. Hill, and Soldiers Blue and Gray.  His massive biography of Gen. “Stonewall” Jackson won eight national awards and was used as the base for the Ted Turner/Warner Bros. mega-movie, “Gods and Generals”.  Robertson was chief historical consultant for the film.  His latest book is After the Civil War: The Heroes, Villains, Soldiers, and Civilians Who Changed America.  The recipient of every major award given in the Civil War field, and a lecturer of national acclaim, Dr. Robertson is probably more in demand as a speaker before Civil War groups than anyone else in the field.