Gary Dyson, Mount Airy, MD: The Ambush of the Isaac P. Smith and the Battle on the Stono River 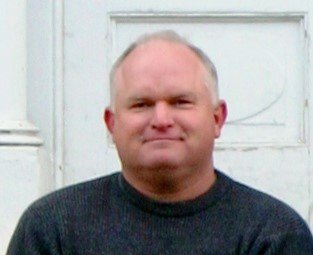 The USS Isaac P. Smith was a Union gunboat ambushed by Confederate shore batteries and captured on the Stono River near Charleston on January 30, 1863. Although the US Navy lost other ships due to battle and capture during the war, the Smith was the only one captured by Confederate field batteries and used against the Union. John Wyer Dicks (Executive Officer) and Frederic Calvin Hills (Paymaster) were officers on the Smith, meeting each other as shipmates, spending time as prisoners of war together, and immediately after the Civil War becoming related when Frederic married John’s daughter Marianne. This presentation tells the history of the Smith leading up to its capture as well as provides an account of the crew’s captivity and the lives of Dicks and Hills before and after the war. The book of the same title also includes some brief biographies of other combatants and civilians relevant to the battle, North and South. Official battle reports and eyewitness accounts were also used to describe the battle in detail. This book is published through Lulu.com and is available there as well as Amazon.com and barnesandnoble.com.”

Gary L. Dyson is a retired Environmental Specialist from the city of Gaithersburg, MD and a former Marine. He is a lifelong history enthusiast and has spent countless hours reading, researching and exploring battlefields – from the French and Indian War to World War II. Gary owns Dyson Genealogy and Historical Research and is the author of “The Ambush of the Isaac P. Smith, Family Ties and the Battle on the Stono, January 30, 1863” and “A Civil War Correspondent in New Orleans, the Journals and Reports of Albert Gaius Hills of the Boston Journal.”   He has a BS in Natural Resources Management from Oregon State University. Gary lives in Mount Airy, MD with his wife Emily and has two children away at college. He is also a board member for the Frederick County Civil War Roundtable.