Come join the Cynthiana Battlefields Foundation for their quarterly Civil War speaker series at Rohs Opera House in the heart of Cynthiana!  Open to the public, this event will be FREE to Foundation members, and $5.00 for all others.  Donations to cover speaker costs are also accepted.

From July 2-26, 1863, while the great battles at Gettysburg and Vicksburg captured the attention of the American people, Confederate brigadier general John Hunt Morgan led nearly 2,500 cavalrymen on a daring raid into the North. Morgan’s objective was to distract the Union forces under Major General William Rosecrans and Major General Ambrose Burnside from building up enough momentum to wrestle the mostly pro-Union East Tennessee region from its Confederate occupants and push General Braxton Bragg’s Army of Tennessee beyond its supply base at Chattanooga. Morgan’s incursion into Indiana and Ohio would produce the effect he desired, but it would end with disastrous results for his famous division. Mowery’s presentation will discuss Morgan’s Great Raid as it passed through three Union-held states and circumvented Cincinnati, which at the time was the seventh largest city in the United States and which served as the headquarters for Burnside’s department. Morgan’s special-forces operation represented the pinnacle of Morgan’s strategic and tactical skills and the best of his division’s raiding capabilities. No other American mounted infantry division on horseback would ever achieve what Morgan’s raiders accomplished on the Great Raid of 1863. 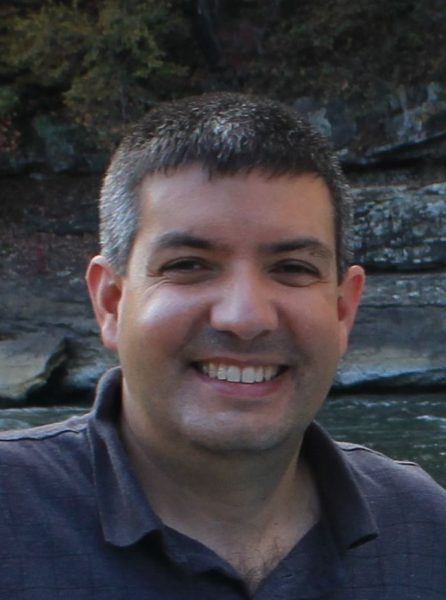 David Mowery has been studying the Civil War for over 35 years, and during the course of this time, he has researched, visited, and site-documented over 500 Civil War battlefields across the United States. David has been a member of the Cincinnati Civil War Round Table since 1995, and he joined the Ohio Civil War Trail Commission in 2001 to represent Hamilton County’s Civil War sites to the state of Ohio, and as a member of this volunteer group, he designed and historically validated the 557-mile John Hunt Morgan Heritage Trail of Ohio. David has published two books on the subject of Confederate General John Hunt Morgan’s Great Raid through Kentucky, Indiana, and Ohio, including its first campaign study, titled Morgan’s Great Raid: The Remarkable Expedition from Kentucky to Ohio, as well as the official guidebook of the John Hunt Morgan Heritage Trail, titled Morgan’s Raid Across Ohio. David currently serves as the Chairman of the non-profit Buffington Island Battlefield Preservation Foundation, the all-volunteer group working to save Ohio’s only major Civil War battlefield.