They All Wore a Star
In the Fight for the Four-Gun Battery During the Battle of Resaca, Georgia, May 15, 1864

A story of Civil War life and of a little-known battle, written by the soldiers themselves and told in quotes collected and arranged as if in a play by the author.  It is a story of what soldiers endured, intertwined with how officers schemed and why plans go awry.

After Grant had taken Vicksburg and Meade had driven Lee from Gettysburg in July of 1863, Rosecrans and Thomas drove the Confederates out of  Tennessee. But a disastrous defeat at Chickamauga left General Thomas’ army trapped in Chattanooga. Almost overnight Grant and Sherman from the west and Hooker from the east converged on Chattanooga and drove the Rebels out, to spend their winter in Dalton, Georgia.  Then Grant went east  to fight Lee, and Sherman planned a campaign to capture Atlanta. They began in May. Sherman and Thomas flushed the Rebels out of Dalton and cornered them in a two-mile long front facing the junction of two rivers at Resaca, with the intention of breaking up General Joe Johnston’s army and then charging down the railroad to Atlanta.  After a hard fight at the north end of that front, Johnston had a surprise for Sherman.

Pursuit began as soon as it was discovered the entire Rebel army had escaped the trap overnight.  No time for a Court of Inquiry though it was certainly warranted. Now the testimony is in this book, in the writings of 100 witnesses to the fight and its conduct.  Arranged by time, they tell how the day evolved and why it ended as it did.  As in all such events, there are multiple instances of heroism.  At least one of infamy becomes clear as the testimony progresses.

This book began simply because the stories in writings of the soldiers were compelling in their own right, beginning with their enlistment in 1862.  The author was following his great, great grandfather to his death in that battle.  What they felt as they did and saw things of war remains the focus.  But the telling of those experiences needs the context of why, which the soldiers did not always know—except that they were saving the country from ruin.  So the why and how is told, by those involved, in their own writings. And they tell about officers, whose attitudes and abilities were much the reason things turned out as they did.

The author felt he could not tell the story better than the soldiers themselves and adds his own words only to connect and fill in, leaving the reader to better feel what the soldiers were telling, for the most part.  Instances of editorializing are few, but heartfelt. Those who survived the terrible marches in Kentucky at the start of their service then endured freezing nights guarding railroads from guerillas, and eventually made the long march to Chattanooga to prepare for the Atlanta Campaign, knowing some would die in battle. Their first came May 15, 1864 at Resaca, the elephant for many.

All is not dismal, amid their trials and heroics, their humor and wit emerge, often in odd circumstances.  Readers can try, in this book, to get an idea of what life was like for the soldiers in the Civil War.

A native of Morgan County, Illinois, Bob Miller graduated from Jacksonville H.S. in 1959 and is graduate of The University of Tulsa.

The website has a blog with updates and comments, detailed maps, the bibliography with links to original sources, and links for purchasing the book from Amazon, Barnes and Noble, and Kobo. 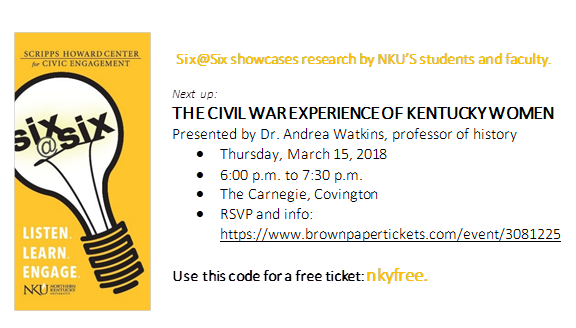 A short history of the politics of Reconstruction

“Paul Kahan paints a revealing portrait of a man often confounded by the Presidency, but one who shaped it in profound ways. He shrewdly takes us from Reconstruction to America’s Centennial, when Ulysses S. Grant strove to enhance rights for African Americans, strengthen the Union, and maintain the peace—all against the tumultuous backdrop of post-Civil War upheaval, westward expansion, Washington scandals, economic strife, and foreign-affair entanglements. The conventional wisdom is that Grant was a brilliant general and, at best, a mediocre president. Paul Kahan’s book should change your thinking—his Grant is flawed, yes, but someone who, at his core, believed in and fought for the principles of equality and justice.”

Ten passionate folks attended a meeting today to explore ideas about how to make the Round Table grow.  A variety of topics were discussed, from using ads on Facebook to adding more events to streamlining the meeting format.  From the discussion some immediate steps are being taken:

Create a welcome committee who will ensure that members, especially new ones, are welcomed to the group at our meetings.

Develop a summer session, perhaps a round table get together to discuss and debate a previously set topic, so that we are engaging members to become more involved and learn more about the war.  Hold this event on a weekend day at a place other than the Drake that is conducive to talk while folks can enjoy food and drinks.

Allow the folks who are not having dinner to participate in the quiz, but only allow those having dinner the chance to win raffle tickets if their table wins.

There were a variety of other topics discussed that will be developed into more long range goals.

Thanks to all who stopped by!

The speakers are dynamic and their topics are intriguing. With the book and relic vendors, live music, artifacts and interactive displays you will be immersed in the civil war life.

The attached flyer will cover basic symposium information. For the full story go to our website http://www.brcwrt.com (we will add more detail to the website as April 27/28 gets closer)

Please help us spread the word about the symposium. 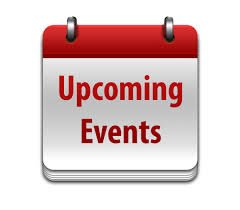 When you have the opportunity please take a look at our Events page.  In addition to our own exceptional meetings and tours, we have been combing the internet for regional events that you may be interested in attending, such as U.S. Grant Days and book discussions at the Harriet Beecher Stowe House, to name but a few.

If you know of a regional event that is Civil War, antebellum period, or Underground Railroad related, please let us know so that we can add them to our calendar.  We want to be your one stop resource to find events in our area!

In 1861 two brothers emigrated to America to escape poverty in rural Norway and pursue “the American Dream”. Twenty-one years later one was a pillar of society in Becker County, Minnesota. The other rested under a tombstone inscribed with an alias on the windblown prairie of Dakota Territory, disowned by his family on both sides of the Atlantic Ocean. What had happened? A 24-year search for clues revealed a story shrouded in secrecy for more than a hundred years. It stretched from semi-feudal Norway across the American Civil War to Indian Wars in George A. Custer’s famous 7th Cavalry. While the story was heavily influenced by money and religion, it even had ties to the deep Finn Forests of Eastern Norway where black magic had been practiced for centuries. It was a tale of bravery and achievement, but also about battlefield carnage, Indian atrocities, post-traumatic stress disorder, addiction to alcohol and opium – and suicide. Surprisingly – one of the triggers for this cascading descent into destruction may have been an inconspicuous staple of 19th Century army life – food: Pork and the wheat biscuit “hardtack”. Together with harsh environmental conditions, horrific battlefield experiences and a life at the edge of civilization, it was a recipe for disaster.
The book reviews interesting connections between PTSD, Rheumatoid Arthritis and a potential pathway to suicide which might have been influenced by staple army food and use of alcohol.
https://www.amazon.com/Suicide-Army-Life-Ozzie-Sollien/dp/1976314194/ref=sr_1_1?ie=UTF8&qid=1513013148&sr=8-1&keywords=suicide+by+army+life